Spontaneous intracranial hypotension (SIH) is characterized by an orthostatic headache that occurs in an upright posture and subsides after the patient lies flat. There may be accompanying nausea, vomiting, neck stiffness, hearing alteration or visual problems. It is caused by spinal cerebrospinal fluid (CSF) leaks, which results in reduced intracranial pressure and volume. One of the most dreaded complications is subdural hemorrhage (SDH), which occurs in 1/5 of patients and is a major cause of morbidity or even mortality.

The mainstay of treatment for SIH is epidural blood patching (EBP), which involves injection of autologous blood into the epidural space. EBPs delivered at the location of spinal CSF leaks (targeted EBPs) are more effective that those delivered somewhere else. With the advent of heavily T2-weighted magnetic resonance myelography (HT2W MRM), which is a imaging technique developed by our staffs in the Departments of Neurology and Radiology, spinal CSF leaks could be clearly localized, and EBP is therefore feasible early in the course. 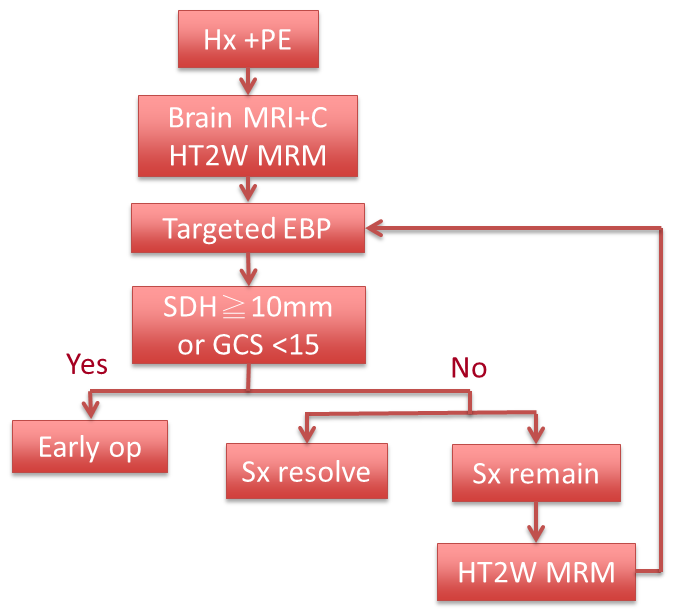 For patients with suspected SIH, brain MRI with contrast and HT2W MRM are acquired at the same session. After localization of spinal CSF leaks, targeted EBP is delivered at the identified spinal CSF leaks. For those with residual orthostatic symptoms, HT2W MRM is repeated to localize residual leaks, and additional EBPs are delivered accordingly until complete resolution is achieved. For those with SDH of more than 10mm or with impaired consciousness, early surgical intervention is carried out after spinal CSF leaks are adequately treated.

The procedure cost is about 152,500~305,000 NTD, prices are subject to change without prior notice, need to pay in accordance with the actual medical expenses. 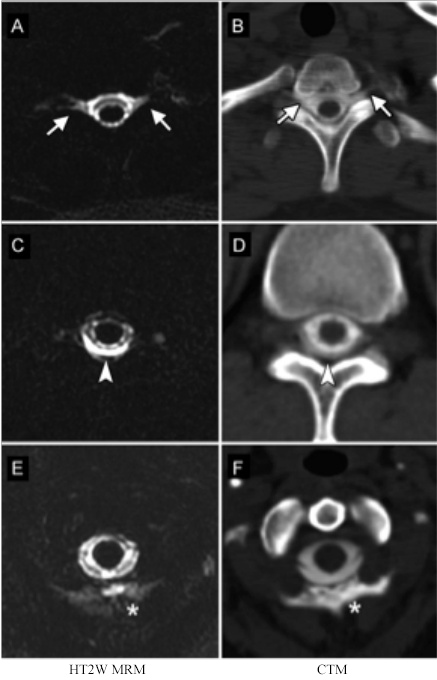