The purpose of trabeculectomy is to make a bypass so that fluid can come out of the anterior chamber and hence the eye pressure can be lowered. Studies have shown that a suitably low pressure can stabilize the optic nerve function and prevent further damage to the visual field.

Glaucoma is a disease that damages the optic nerve. It is the second leading cause of blindness worldwide. Glaucoma is usually caused by an increased pressure inside the eye (an imbalance between fluid production and outflow). The increased pressure can directly cause mechanical compression or impede the vascular supply to the optic nerve. It can lead to visual field loss and if left untreated may cause blindness.

Trabeculectomy is a surgery that creates a new route to drain fluid from the front part of eye. As stated above, glaucoma is usually due to an imbalance between fluid production and outflow inside the eye. Most cases are caused by an impaired outflow system. The aim of trabeculectomy is create a bypass so that fluid can come out of the eye by another pathway and hence would not accumulate inside the eye and cause an increase in eye pressure.

Trabeculectomy is created by punching a "hole" at the white-black interface of the eye. Fluid can hence come out from the anterior chamber through this hole (Figure 1). The hole is then covered by a partial thickness flap created by the whitish part of the eye (Figure 2). The flap is usually tied by sutures which can be used to adjust the pressure of the eye to avoid too much or too little fluid draining out. It is usually done at the superior part of the eye and a little bubble (bleb) is formed (Figure 3) which is usually covered by the upper eyelid.

Prices are subject to change without prior notice, need to pay in accordance with the actual medical expenses. 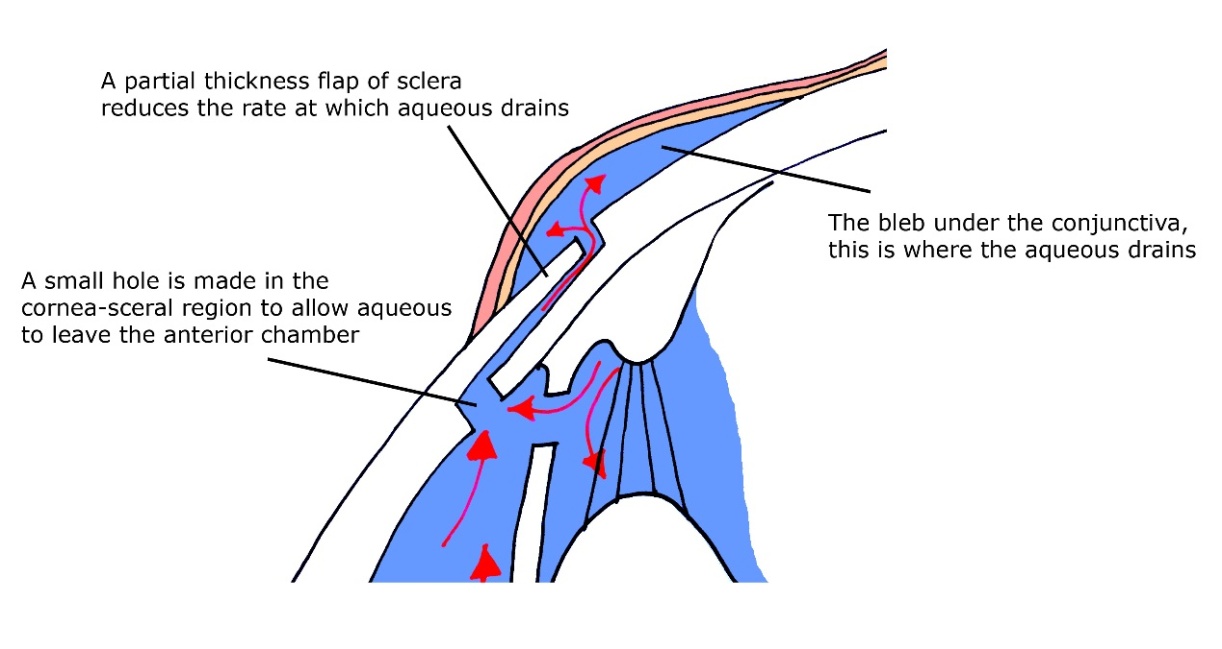 How trabeculectomy is done? (downloaded from Nick Strouthidis) 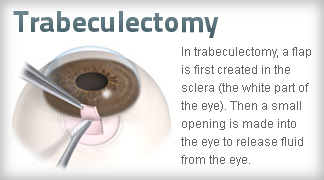 Trabeculectomy is done at the white-black interface of the eye. A flap is created to cover the punched hole and then sutured with stitches to adjust eye pressure. (downloaded from the Southeast Texas Ophthalmology) 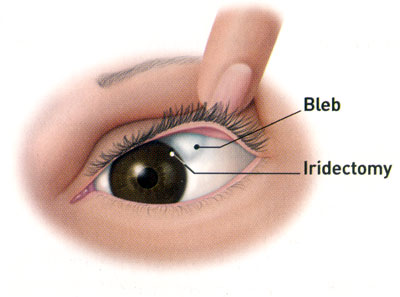 A bleb is formed and usually covered by the superior eyelid. (downloaded from Glaucoma Consultant of Texas)