Endovascular treatment of carotid/cerebral artery stenosis involves insertion of a catheter usually in the femoral artery at the groin under local anesthesia, which is then advanced to the site of stenosis. Next, a special filter is delivered through the catheter and placed just beyond the narrowed part of the artery, which is designed to catch thrombus or emboli that may be released during the procedure. Thereafter, a small, deflated balloon through the catheter is placed to the blocked part and then is inflated. After the balloon is deflated, a small metal mesh stent will be implanted

in the artery and is expanded to reopen the artery. Finally, the balloon, filter and catheter are removed. The stent remains in place to help prevent future narrowing of the carotid/cerebral artery.

The procedure cost is about 100,000~200,000NTD, prices are subject to change without prior notice, need to pay in accordance with the actual medical expenses. 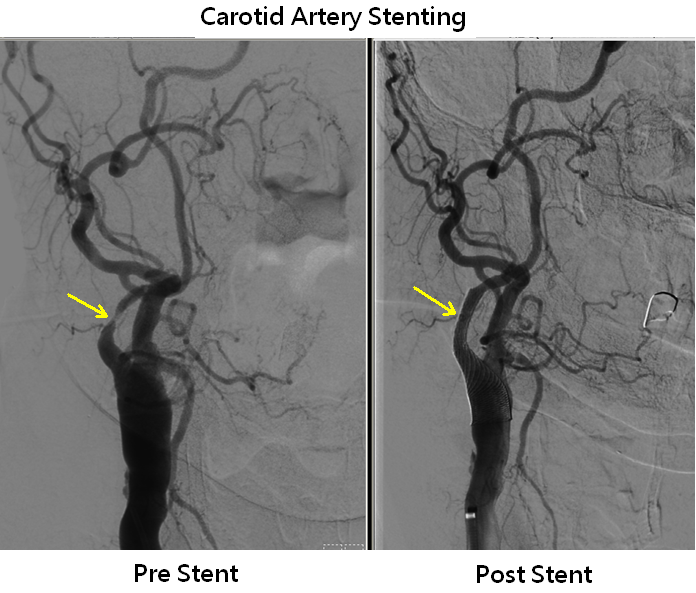