Myomectomy and uterine reconstruction continues to be the procedure of choice for symptomatic women desiring fertility or the preservation of reproductive potential.

Uterine fibroid disease affects 20%–30% of women of child- bearing age and 70% of those >49 years of age. According to different location, we classify these fibroid to submucosal, intramural, and subserosal. Women are often asymptomatic. Others will have mass related complaints such as heaviness, urinary frequency, constipation or low back pain. Abnormal uterine bleeding, dysmenorrhea, or cyclic cramping may also occur. Patient with submucosal or intramural and distorting the endometrial cavity may have infertility problems. Patients with symptoms are indicated for treatment.

Under the scope, we identification of the myoma, enucleation, myometrial reconstruction, and adhesion prevention. Robotic myomectomy compared with traditional laparoscopic myomectomy, we used robotic arm to perform the procedure. There are advantages of 3D visualization, magnification of the operating field tremor filtration, stability of the image, micro-motion of the instruments, 360 amplitude, 7 freedom, facilitated dissection, improved accessibility and easy suturing.

This suggests the robot allowed for the completion of more complex surgical cases as compared with laparoscopic.

Robot-assisted laparoscopic myomectomy is performed with the use of the monopolar scissors and the dipolar grasping device, sometimes with the use of the fourth arm of the robot for myoma traction. After the incision in the uterus, the fibroid is excised and extracted from the surrounding uterine tissue. Finally, the uterus is sutured before removing the robot. The myomectomy site is sutured by robotic arms. Then a contained morcellator is used to cut the fibroid into smaller pieces in tissue bag to reduce the possibility of dissemination. An antiadhesion material may be applied when the procedure is finished.

The procedure cost is about 610,000-650,000 NTD, prices are subject to change without prior notice, need to pay in accordance with the actual medical expenses. 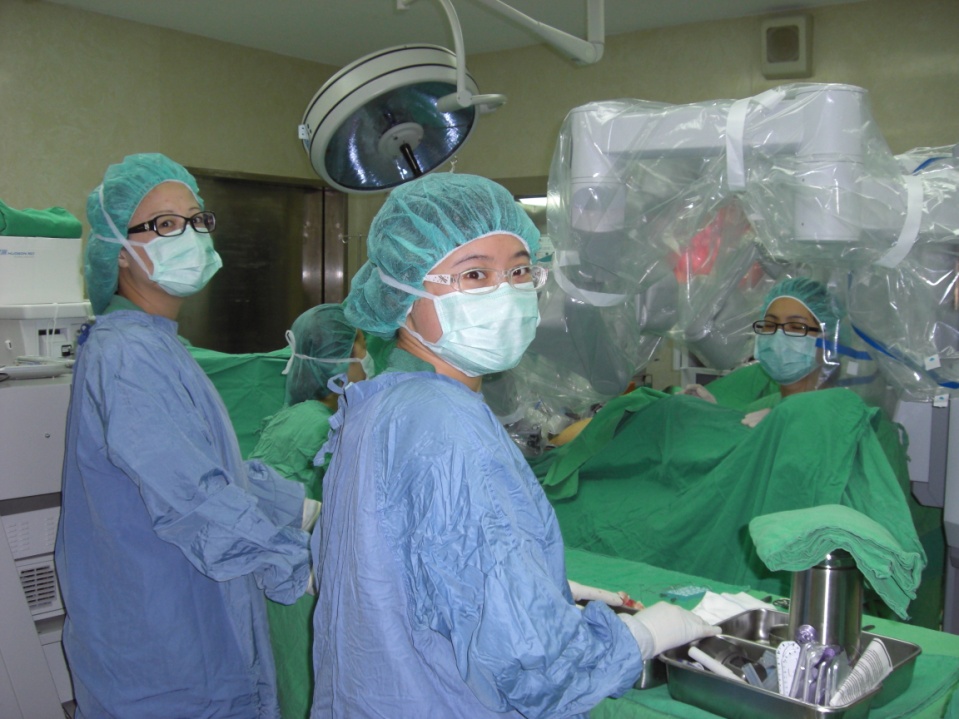