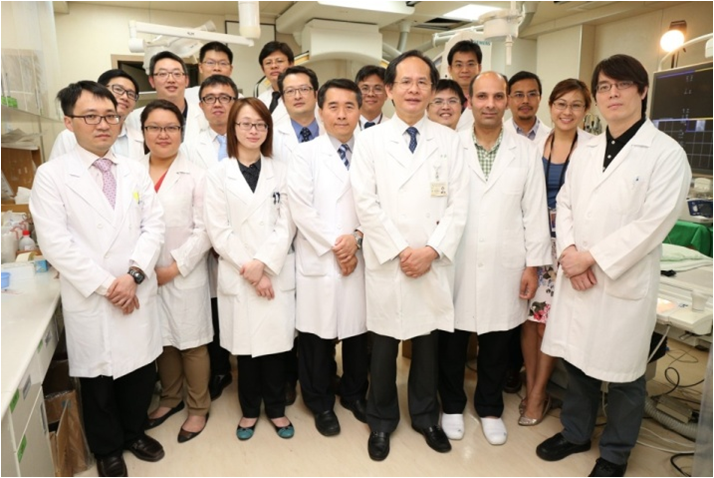 Cardiac arrhythmias is a disorder of electrical conduction in heart, including atrial fibrillation (AF) and ventricular arrhythmia which can lead to palpitation, chest tightness, heart failure, and even sudden death. AF is the most common cardiac arrhythmia seen in clinical practice. AF affects approximately 3 million North Americans and 4.5 million Europeans, particularly the elderly. In the United States, about 75% of individuals with AF are 65 years of age or older. It can induce cardiac dysfunction, stroke and even mortality. Ventricular arrhythmia is a common and lethal complication after myocardial infarction and heart failure which often results in sudden cardiac death. Catheter ablation plays an important role in treatment of cardiac arrhythmia. 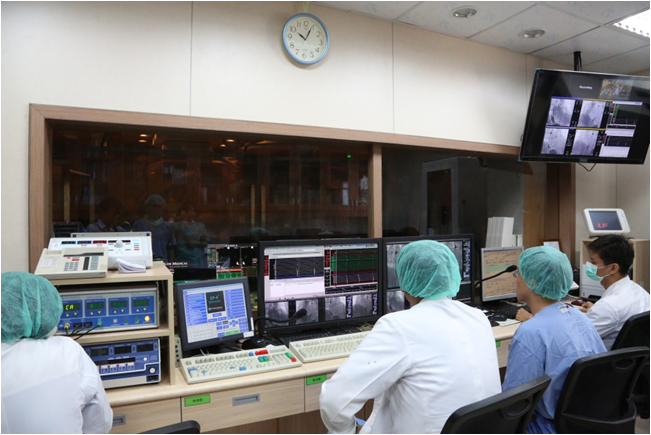 During this procedure, the tip of a catheter is guided under X-ray fluoroscopy to the area of heart tissue that is producing abnormal electrical signals. Then the catheter emits a pulse of painless radiofrequency energy that destroys the abnormal tissue and corrects the irregular heartbeat. 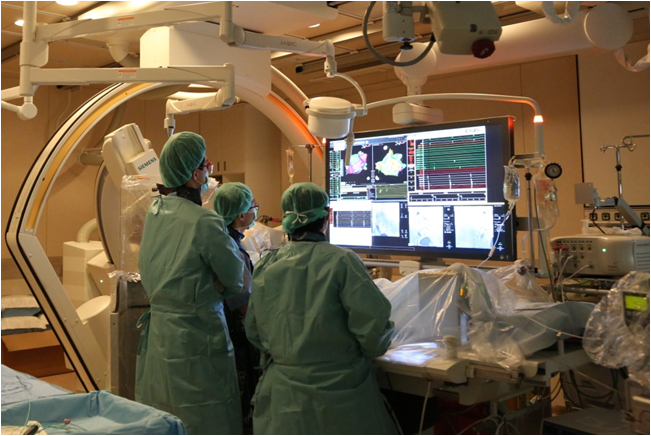 The risks and complications are depended on the type of arrhythmia. In complex arrhythmia such as AF, the incidence of major complications for example, femoral pseudoaneurysm, cardiac tamponade, stroke, pulmonary vein stenosis was 4.5%. Rarer complications may result in permanent injury, requiring intervention and prolonged hospitalization.

The cost depends on the type of arrhythmia. We will fully discuss with the patient about the medical devices and perform the catheter ablation under the agreement of the patients.